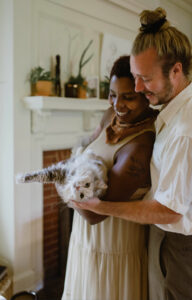 Client came to Canada under spouse sponsorship less than one year ago.

Her husband has Schizophrenia problem and under medication. The couple live with husband’s parents and recently she had physical abuse issue, so that police involved, but her father –in-law advised her do not tell the police about this matter. The police officer who was involved in this case, based on the signs and bruises in her wrist, realized about the physical abuse and made the report.

Her husband was in the hospital, due to his mental condition and recently released from hospital.
He do not let her to go out or look for a job. He controls her phone calls, as well. Client has a master in computer and no family in Canada.When she called me, was living with one of her friends and did not want to go back to her in laws home again. Mentally she was so depressed and disappointed and did not know what to do.Referral to CMHA counselling services was made and I received a phone call from CMHA counsellor that she was connected with them and getting the counselling sessions.

Also client referred to Housing services in order to put in priority list for the housing options.

Information about Ontario Works and how could apply for that, provided.

Hi there!
How can I help you today?